Making the best of Blighty at Bristol port

Vehicle exports were down through Bristol in 2019 reflecting a wider trend afflicting the UK car industry, but the port still made some notable gains with established and new customers, thanks to its attractive location and investment in space and technology

Vehicle volumes handled through the UK port of Bristol dropped by more than 29,000 units in 2019. It was something The Bristol Port Company, which controls Avonmouth and Portbury docks, put down to a continued drop in consumer confidence affecting the wider UK vehicle sector, which saw registrations decline -2.4% in 2019 to 2.3m units. While the UK remained the second biggest car market in Europe behind Germany, exports of vehicles from the UK to overseas markets dropped almost 15%, with 1.06m shipped and over half of that volume going to the European Union. The decline was something felt not just by Bristol port.

According to the Society for Motor Manufacturers and Traders (SMMT), although UK vehicle shipments to the EU fell by -11.1%, the bloc remained the automotive sector’s most important market with its share of exports rising by two percentage points to 54.8%. Exports to the US, China and Japan, the next three biggest export markets, also fell, -9.8%, -26.4% and -17.7% respectively. Bristol port’s own vehicle exports were down by almost 11%.

Bristol has largely maintained its customer profile and despite the decline in handling, there have been a number of wins with established and new customers. Vauxhall started exporting vehicles from the UK to the Mediterranean through Bristol last year and early in 2019 MG Motors expanded operations through Bristol’s Portbury Docks, something that helped push weekly volumes to a new high for terminal operator and logistics provider BCA.

The company said volumes had grown thanks to an increase in established customers, such as MG Motor, and through other new business. That was helped by ongoing process improvements and the smarter use of real-time data, something that BCA’s operations director at Portbury, Ian Griffiths, said allowed it to greatly increase the speed at which it processed vehicles through the site.

“The compound team at BCA Portbury is using algorithmic data within their management information systems to optimise the deployment of manpower ensuring compound and workshop resources are fully utilised,” he said. “Proactive planning between BCA Vehicle Services, Bristol Port and the car manufacturers allows BCA Portbury to process vehicles quickly and efficiently.”

Continued investment in such technology is something The Bristol Port Company is also doing.

“We are continuing to invest in IT links with our customers to enable them to track vehicles through the logistics chain,” said Dent.

At Portbury, BCA provides marine inspection, compound handling, storage and technical services for a range of carmakers, including MG Motor. BCA is processing the MG3, MG ZS Compact-SUV, and the MG GS for distribution to the dealer network. Those vehicles are imported from China following the closure of Longbridge in 2016. Parent company SAIC Motors, which took over MG in 2007, makes the vehicles at its plant outside Shanghai.

Meanwhile, Bristol has been preparing to handle more Honda imports and is in discussions to facilitate all of Honda’s UK imports (some Japanese imports are currently brought in through Southampton).

The carmaker confirmed last year that it would close its Swindon plant at the end of the current production lifecycle of the Honda Civic in 2021. That means imports of the Civic Hatchback and Civic Type R for UK customers will be coming from elsewhere, though exactly where has not yet been established, according to the carmaker. Other models sold in the UK – the CR-V, HR-V, Jazz and Honda E – are imported from Japan, while the NSX is imported from the US.

The port is now working with Honda to support the expected increase in Honda imports, including with the building of a pre-delivery inspection (PDI) centre at the port.

“Honda has taken an area of 28 acres in Portbury, where we have built a 30,000 sq.ft [2,800 sq.m] PDI building for them to occupy,” says Tony Dent, director of automotive trade at the The Bristol Port Company. “We have also acquired additional land for potential expansion of car parking.”

However, Honda exports 85% of its Swindon production, which at full capacity is 150,000 units, through both Avonmouth (Bristol) and through the port of Southampton. Of that number 55% goes to North America and 20% to Europe. That is expected to cause a shortfall next year.

On a more positive note, the port has registered a higher number of electric vehicles being processed.

“We have also seen a huge increase in the number of electric cars with our current customers,” says Dent.

That is something the port is expecting to continue as governments strive to meet stringent CO2 emissions targets.

According to data from the SMMT, production of alternatively fuelled cars rose by 34.7% to 192,304 units last year, as global appetite for the UK’s electric, plug-in hybrid and hybrid offering continued to rise.

However, that also means that volumes for diesel and petrol engines will continue to decrease, something that is already being felt in the drop in numbers.

“Consumer confidence has not improved since the government announced the sale of all new petrol, diesel and hybrid cars, and vans, will be banned in 2035,” said Dent.

The protracted process of the UK leaving the EU has also taken its toll on consumer confidence and announcements that barriers to trade will exist when Brexit finally happens is a concern for the UK ports.

“We are investing in technology to keep the possible increase in administrative burden to a minimum,” says Dent. “However, we are confident that the efficiency of our current systems and operations will continue.”

Dent went further and said that because of Bristol port’s location in the UK it would see increased activity in the coming years, including non-automotive, which currently comprised 65% non-EU trade.

Brexit contingency planning, together with normal seasonal peaks, did see higher inventory at both Avonmouth and Portbury in 2019 but the port has capacity to accommodate it. Last year The Bristol Port Company added capacity for an additional 3,400 vehicles at Portbury Dock following a £6m ($6.7m) investment in a parking site with permeable surfacing at Court House Farm. 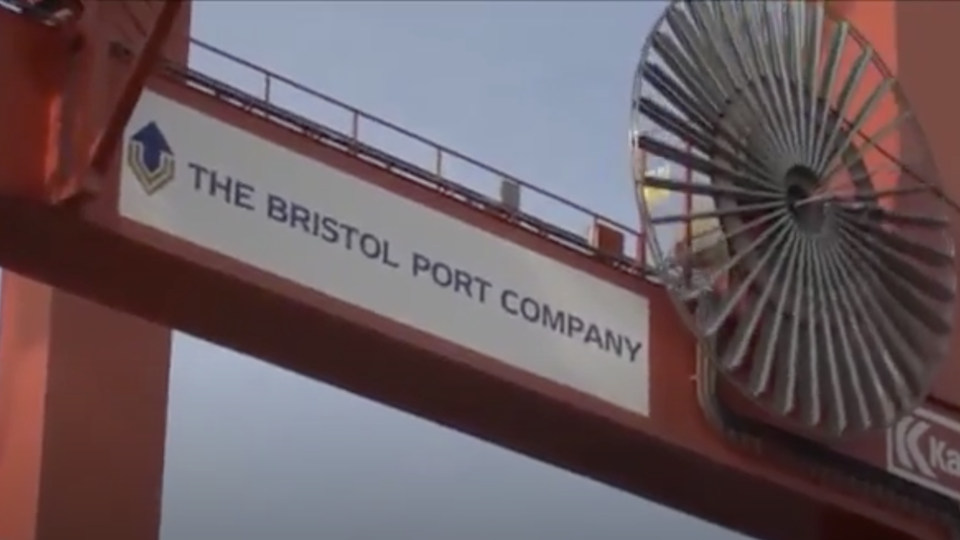 Bristol port’s location in the UK means it will see increased activity in the coming years, for both automotive and non-automotive trade

In February last year the UK government announced it was establishing ten Freeport zones to speed trade through the country’s ports “and seize on the opportunities leaving the EU has presented”. The free trade zones allow goods to be imported, manufactured and re-exported without being subject to checks, paperwork, or import tariffs.

The government launched a consultation that is due to be complete by the end of 2020 so the Freeports can be open for 2021, though comments made by the prime minister Boris Johnson when he visited Bristol port in autumn last year suggested there may be six rather than ten of the zones.

“Freeports will unleash the potential of our historic ports, creating jobs and regenerating communities across the UK,” said Secretary of State for International Trade, Liz Truss, when the initiative was announced. “These hubs will also deepen partnerships around the world as we restore our economic and political independence.

The Bristol Port Company said the initiative was an overdue recognition of the role ports and the maritime sector played and had the potential to increase further the number of jobs and boost prosperity in the South West region – which contributes 7.6% of the National GDP.

“A Freeport zone is something that we are interested in and feel it would be advantageous to the port and the local economy,” says Dent. “It would benefit all our trades, not only motor vehicles, so would be positive opportunity across the port. We are currently going through the process of application.”

Honda has taken an area of 28 acres in Portbury, where we have built a 30,000 sq.ft [2,800 sq.m] PDI building for them to occupy. We have also acquired additional land for potential expansion of car parking