A legislative jungle for electrification

The rules of the battery game

Logistics providers charged with the transport of lithium-ion batteries to the assembly lines and services centres have some very complex regulatory standards to which they have to adhere. As Andrew Williams discovers, it is a legislative jungle out there

As the production of electric vehicles (EVs) continues to rise, carmakers and logistics providers (LSPs) are required to devote an increasing amount of attention to regulations governing the delivery, storage and return of lithium-ion batteries, which are designated a Class 9 Dangerous Good.

In doing so, they must navigate complex rules and regulations, and implement sophisticated strategies to manage the supply of batteries across international borders from the main centres of production. And they must also meet the just-in-time (JIT) delivery standards at assembly plants. Given the fact that, at the end of car usage, lithium-ion batteries often retain at least 50% of their capacity for second life uses such as energy storage, their recovery and return from service centres is equally as important as their delivery to the assembly plants.

The current European standards relating to the transport and storage of lithium-ion batteries are based on standards set in place by the International Electrotechnical Commission (IEC). These outline how to test batteries for their safety and suitability for transport, as well as how to package, label and transport them as Class 9 Dangerous Goods, as defined by the UN Model Regulations. They also include standards relating to the handling of returned batteries from service centres.

According to Parker regulations across road, rail and sea are “more or less similar”, and are applied as indicated in Table 1 below.

Air transport regulations are stricter and are applied through The International Air Transportation Association (IATA) Dangerous Goods Regulations. In addition to the restrictions already outlined in Table 1 the batteries need additional marking and the regulations limit the level of charge in the battery (not exceeding 30%). There are also prohibitions on the transport of batteries identified as defective for safety reasons by the manufacturer, or batteries that have been damaged and have a potential of producing dangerous evolution of heat, fire or short circuit.

Legislative jungle
Elsewhere, Achim Glass, senior vice president and head of the global automotive vertical at logistics provider Kuehne + Nagel, says it is important to remember that existing dangerous goods regulations only stipulate the minimum transport requirements. That is an important point in airfreight, where he reveals many carriers do not accept lithium batteries as cargo at all.

“To manoeuvre through the jungle of different legislations is very complex, and non-conformity results in increased safety risk and exposure to heavy fines,” he says.

What compounds the complexity for those shipping internationally is that, although international regulations are broadly applicable across Europe, national level legislation varies from country to country. According to Glass, some countries even have multiple regulations relating to different legal jurisdictions. For example, he reveals that in Belgium four different laws governing the transport of waste batteries are applicable, depending on geographic territory. In his view, the main reason for this is probably that some countries are more exposed to risks associated to lithium-ion batteries than others. In those countries where incidents happen, “politics will change legislation”, according to Glass.

When it comes to handling returned batteries from service centres, Glass explains that the respective modes of transport legislation are applicable. In cases where returned batteries are no longer classified as new batteries, but rather as used batteries. He also observes that they are banned completely for air transport, with only new lithium batteries eligible for shipment by air.

Every lithium-ion battery shipment must also be accompanied with a dangerous goods transport document. For sea and air transport that document must be signed by the shipper.

“This Shipper’s Declaration has the purpose of providing critical information to the carrier about the nature of the goods, and the shipper certifies that the batteries have been packaged, labelled and declared in accordance with the international regulations," adds Glass.

Thermal runaway
The main safety and security risks associated with moving EV batteries that existing regulations are meant to protect against relate to short circuiting and subsequent thermal runaway. Thermal runaway refers to situations in which an increase in temperature changes the conditions in a way that causes a temperature feedback. It can be caused by an internal short circuit or by batteries coming into contact with each other, or coming into contact with conductive material or metal surfaces; it can even be caused by excessive movement that leads to damage. Such circumstances can potentially result in a number of hazardous outcomes, including fire, explosions and the release of toxic and corrosive materials, and fumes. It can also cause electric shock and the release of high-velocity projectiles from the cell.

Commenting on the adequacy of existing regulations to manage such risks, Parker stresses that, in view of the fact that battery technologies, materials and power densities are changing fast, and the scale of the industry is growing rapidly, battery transport regulations “cannot remain static and will need to continuously evolve in order to continue to provide a strong framework for safe transportation”.

In Glass's view, the biggest safety concern is that, because of uncontrolled and spontaneous combustion of the battery, thermal runaway will be triggered, resulting in fire; and he stresses that it is a fire that cannot be extinguished.

Glass also highlights another associated risk relating to the fact that people are sometimes not able to differentiate between the categories ‘used and safe for transport' and 'used and not safe for transport', a distinction that is of critical importance when it comes to defining the correct packaging. 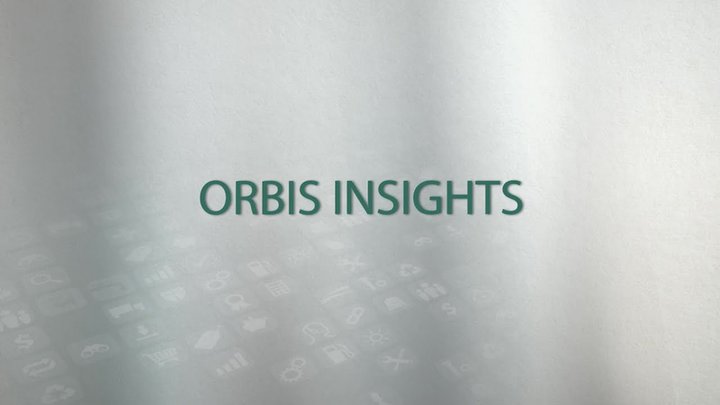 This article is sponsored by ORBIS

ORBIS is building its packaging services around an automotive industry that is seeing more and more sensitive components, including lithium-ion batteries. There is a growing need for protective packaging to transport those components from the suppliers to the assembly line and ORBIS is certified to develop solutions for customers on how to transport lithium-ion batteries and work with them on battery packaging programmes.

“While the outside of the battery seems undamaged there may be damage inside the modules, which will result in thermal runaway at a later stage,” says Glass. “If the fire happens in the standard battery packaging the fire can erupt and the flames can immediately set the surroundings on fire as well.”

Elsewhere, Frank Douven, SHQE and facilities manager (Netherlands) at Broekman Logistics, reveals that, after thermal runaway of batteries, the most underestimated risk is the venting of toxic and explosive gases, even when batteries have a low SOC (state of charge).

“The build-up of these gases can lead to a gas explosion,” he warns. “As far as I personally know, the incidents that have happened with lithium-ion batteries in storage [have] happened with returned batteries. Therefore, refurbishment activities are also regarded as highly risky,” he adds.

The stringent regulatory and certification regime relating to this sector means that LSPs face a number of unique challenges when moving lithium batteries from source to assembly plant.

According to Glass, the biggest challenge of all is a lack of awareness of the applicable legislation, a situation that applies to shippers as well as to freight forwarders. Glass reveals that Kuehne + Nagel addresses the complex issues associated with moving batteries via its KN BatteryChain service. He points out the company has specially trained battery experts in operations that have undergone hours of training resulting in a SHQE-audited Lithium-ion Battery Specialist licence (SHQE refers to the documentation system covering safety health quality and environment standards).

Meanwhile, Douven observes that, for LSPs, the biggest challenge relates to how best to safely store batteries, particularly as they await new insights and regulations. As a result, he argues that investments are currently regarded as risky because there is no guarantee the implemented solutions are supported in the upcoming regulations.

“Returned and damaged batteries also remain a huge risk in the supply chain. Personally, I agree with the fire department that we need new regulations and measures for safely storing and handling li-Ion batteries,” says Douven.

Aside from the higher costs of meeting packaging, inspection, skilled labour and certification requirements, Parker agrees that LSPs must also deal with constantly evolving standards, making it difficult to plan and adequately size-up and allocate investments because standards are constantly evolving.

As an example, Douven notes that the number of amendments relating to lithium batteries has doubled in the last year, with five of the 71 amendments being considered or introduced to the UN's Transport of Dangerous Goods charter in 2019 being lithium battery related. This is compared to four out of 118 of amendments in 2018, he says.

"To address these challenges, we would advise organisations to adopt strong governance processes with dedicated resources to track and validate standards and continue to develop close relationships with shipping partners to ensure compliance," he adds.

“To manoeuvre through the jungle of different legislations is very complex, and non-conformity results in increased safety risk and exposure to heavy fines”
– Achim Glass, Kuehne + Nagel

“Returned and damaged batteries also remain a huge risk in the supply chain. Personally, I agree with the fire department that we need new regulations and measures for safely storing and handling li-Ion batteries”
– Frank Douven, Broekman Logistics

This article is sponsored by

“To manoeuvre through the jungle of different legislations is very complex, and non-conformity results in increased safety risk and exposure to heavy fines”
– Achim Glass, Kuehne + Nagel

“Returned and damaged batteries also remain a huge risk in the supply chain. Personally, I agree with the fire department that we need new regulations and measures for safely storing and handling li-Ion batteries”
– Frank Douven, Broekman Logistics