steps up a level

The new free trade agreement between the United States, Mexico and Canada (USMCA) represents a good deal for Mexico and its automotive industry, delegates at the Automotive Logistics Mexico conference in February were told by Jesús Seade Kuri, Undersecretary for North America at the country’s Ministry of Foreign Affairs. Joanne Perry reports

Sharing that he had been on the phone to Canada’s chief negotiator, Deputy Prime Minister Chrystia Freeland, that very morning, Seade said on day one of the conference (February 26): “There is no doubt that there will be approval of the agreement – with a lot of haggling and so on, but nothing unexpected.” Canada was the only one of the three nations yet to ratify the deal and Seade was confident that this would happen in March.

Canada did go on to ratify the deal that month, leaving each country needing only to certify its preparedness to implement the new agreement. However, the planned implementation date of June 1 ran into other, unexpected difficulties: the emergence of the global coronavirus pandemic which has been tearing apart supply chains and shutting down manufacturing operations across whole regions.

Listen to the minister’s full speech from Automotive Logistics Mexico 2020...

Watch to the minister’s full speech from Automotive Logistics Mexico 2020... 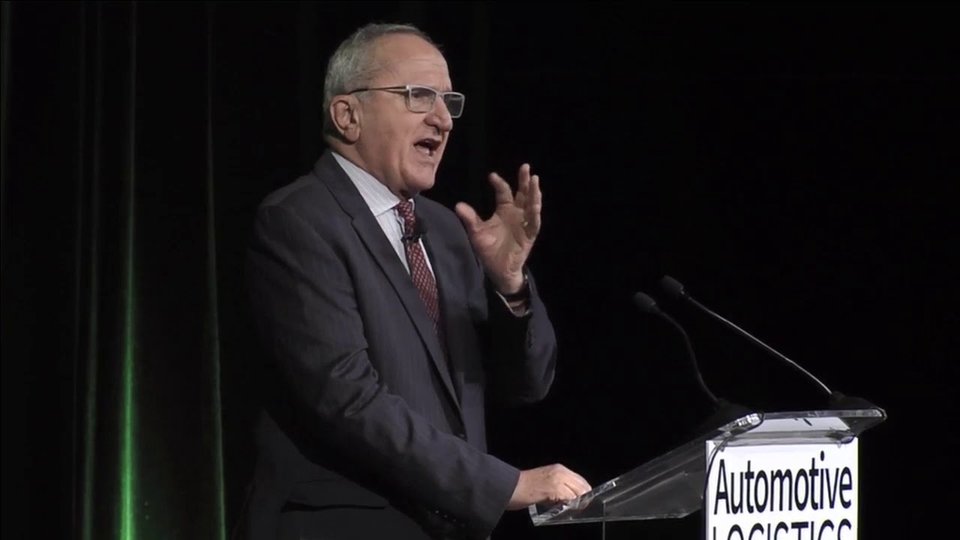 Amid the disruption, there have been calls for a delay in the implementation of USMCA rules – from politicians on the different sides, automotive companies and organisations including the Mexican Automotive Industry Association.

According to Reuters, a statement from groups representing carmakers, tier suppliers and dealers operating in the US said they were “gravely concerned” about the start date. “We are in the midst of a global pandemic that is significantly disrupting our supply chains, and the industry is throwing all available resources into managing production through this crisis,” the letter said, according to Reuters.

The groups added that uniform automotive rules-of-origin regulations had not been completed by the three countries, and asked for more time to make sure their vehicles would qualify under USMCA.

At the end of March, the news agency also reported a bipartisan group of US senators pushing hard for a delay. “Even absent the pandemic, a June 1 deadline would be highly aggressive, and raises questions as to whether businesses have the information they need to adjust to the new rules and comply by that date.”

Another level from Nafta
At the conference in late February, Seade acknowledged the existence of varying opinions on the subject, but asserted that part one of the new deal ­– negotiated in 2018 by the leaders of the three countries, including the former president of Mexico, Enrique Peña Nieto – is “a very significant improvement” on the old North American Free Trade Agreement (Nafta).

“The disciplines are much improved, lots of ambiguities in Nafta were tightened and made more precise, timelines made more realistic… rules were created where they didn’t exist,” said Seade.

Nonetheless, he paid tribute to Nafta, telling the Automotive Logistics delegates it was “a deal that transformed your industry, among others, absolutely radically”.

Seade pointed out that, under Nafta, Mexico had become by far the largest exporter in Latin America, even bigger than all the other countries combined. But more important than volumes, he explained, was that Nafta had helped Mexico to shift from a focus on oil to a diverse array of goods for global markets – including automotive parts and vehicles.

“It has been a great vehicle for the integration of the region; trade has expanded massively between any combination of the three countries,” said Seade. “Mexico has become the largest trading partner of the United States [and] trade with Canada has increased – it’s pushing towards a ten-fold increase over the life of Nafta.”

By 2018, trade between the three countries was worth nearly $1.2 trillion – a four-fold increase on 1993, the year before Nafta created the largest free trade area in the world.

Raising local content requirements
Looking at what would change with the introduction of USMCA, Seade discussed in detail one of the most significant points for the automotive industry: the stipulation that 75% of the value of light vehicles must now come from the North American region.

“The agreement makes it less easy to import into the value chain from the rest of the world,” he stated. Referencing some of the global OEMs with a manufacturing presence in Mexico – Toyota, Kia and BMW – he pointed out that the percentage they will be able to bring in from outside the region will shrink from 37.5% to 25%.

Defending this measure, he pointed out that any new rule forces businesses to do something that “was not optimal in the previous situation” but said that manufacturers would not be put off by cost or inconvenience, and would necessarily follow demand.

These rules of origin may not work for 50 years, he suggested, but would be good for the next five or ten years at least and could be revised every six years, owing to a clause in the deal.

Seade said he was not a protectionist nor seeking to impose rules that made trade more difficult. “If this were a policy being passed by Mexico in isolation or by Mexico in the context of a treaty with Colombia, Peru and Chile – the Pacific Alliance – I would be completely against it, because that is exactly what we tried in the 1960s and 1970s.”

“The situation now is completely different,” he said. “Now we are telling the industry: you have some protection if you invest in Mexico or anywhere in North America. You have added protection and in exchange I give you not the Mexican market – which was the quid pro quo 50 years ago – [but] the North American market.”

Seade went on to explain that companies needed to find it attractive to adjust to the new rules and expand investment – and find it profitable to do so. Mexico, he said, had no interest in an industrial policy reliant on incentives but wanted to foster a partnership between government and industry to make it easier to understand the conditions needed to encourage investment.

Seade said that USMCA would bring more intense economic, trade and investment relations to North America, and represented a good deal for Mexico

“With a partnership between government and industry, the [car and parts] industry has every prospect to become a real dynamo for the regional economy [and] for the world economy,” he stated.

He pointed out that at least seven major manufacturers have made announcements of production investments in the last 14 months, with three expanding in a significant way. Seade said that others, notably Chinese manufacturers, were “lining up to come in”.

He explained that many of these provisions were unconventional for a trade agreement as they were not purely commercial but encroaching on a social agenda.

Globalised supply chains, he said, have resulted in Mexican products reaching distant regions such as Asia – and vice versa – but the biggest beneficiaries have been large corporations, and it is no coincidence that in the past decade or so an “explosion of complaints” has been witnessed worldwide.

Citing various examples including the UK’s departure from the EU, he said: “There has been a more express rejection of the development model for the world.”

In connection with this, one of the most novel USMCA chapters is designed to create mechanisms for small-to-medium enterprises to gain sale for both finance and production – a development that will surely be welcomed by the various tiers of suppliers in the North American automotive industry.

Seade described the labour reforms contained within USMCA as “hugely important” and a “fundamental change” that would help bring Mexico – traditionally a low-cost manufacturing location – into the 21st century. These clauses cover wages, the working environment, unions, workers’ rights and other standards.

A firm foundation for the future
In addition, Seade said that while part one of USMCA (negotiated in 2018) had not fixed a gap in dispute resolution that was present from the beginning of Nafta, this had now been addressed. Instead of the three countries trying – and often failing – to resolve disputes on a case-by-case basis by meetings between ministers, a proper system was being put in place.

“This is as big a result of the final package as any other. It is a completely first-order-of-importance result,” Seade asserted. “Because now North America will have more intense economic, trade [and] investment relations but with a good platform of law and order; effective resolution of disputes on a rules-based system that gives not only Mexico, but business, more predictability.”

He continued: “For the car industry it is of great importance to have an environment where business relations are dealt with just as you do business with each other; you sign a contract and you know where you stand, you know what are your rights [and] obligations.”

Looking at the new USMCA agreement as a whole, Seade concluded: “All in all, I think it is a good set of provisions for Mexico. As I said, that was my belief from the beginning. The [investment] numbers have more or less spoken to that effect and I look optimistically to the future.”