Recharging the supply chain at Volvo

The launch of its first pure electric vehicle, the XC40 Recharge, is the beginning of a big EV push for Volvo

Launching a new model is a stressful enough enterprise at the best of times but doing so during a pandemic that has upset global supply chains and markets raises the challenge to a whole new level. There are also a lot of different things to consider from a logistics perspective when it comes to the launch of a pure EV, not least managing supply and production of lithium-ion batteries.

Volvo Cars is currently in launch mode for its first pure electric SUV, the XC40 Recharge, the beginning of a significant EV push. The vehicle is being made at its plant in Ghent, Belgium and the first numbers started rolling off the line in September. Volvo plans for all of its new models to have hybrid or electric options, and it aims for 50% of global sales to be fully electric vehicles by 2025.

According to Magnus Ödling, head of global inbound logistics engineering and car program management at Volvo Cars, managing the logistics to support a successful EV launch has in many ways posed more of a challenge than Covid-19 did, as he said the carmaker’s international flow of materials had been mostly uninterrupted by the pandemic.

The big thing was the introduction of the lithium-ion battery. Last year Volvo signed a deal with lithium battery suppliers CATL and LG Chem for battery module supply in China, Europe and the US over the coming years. The battery suppliers are delivering the modules to Ghent, while Volvo has brought subassembly of the battery in-house in an effort to take out of some of the complexity involved in sequencing heavy parts over longer distances.

“Adding this self-assembly of a new part into the plant, which is heaviest and most expensive part we have ever built into a car, deserves the focus of attention,” said Ödling. “The supply is very important and hence the connection to inbound logistics.”

The weight of the battery has also required investment in further automation in Ghent; the battery is being moved directly from subassembly to installation on the line by conveyor.

Although the XC40 Recharge is the first Volvo EV, the carmaker has gained experience through Geely, including Polestar, a luxury EV brand owned by Volvo Cars and its parent Geely. The Polestar 2, which is based on the same CMA platform as the XC40, is built at a plant in Luqiao, China that is owned by Geely and operated by Volvo.

According to Ödling, who was previously responsible for inbound logistics in Asia Pacific for Volvo Cars, Volvo is using some of the same technology to build the XC40 Recharge as in China but there is still a lot to learn in Ghent.

“[The Recharge] is adding new challenges, new flows, new volumes and new part numbers, and a new global supply chain into our business,” said Ödling, adding it had been the main focus for the engineering team as the carmaker prepared to go live. 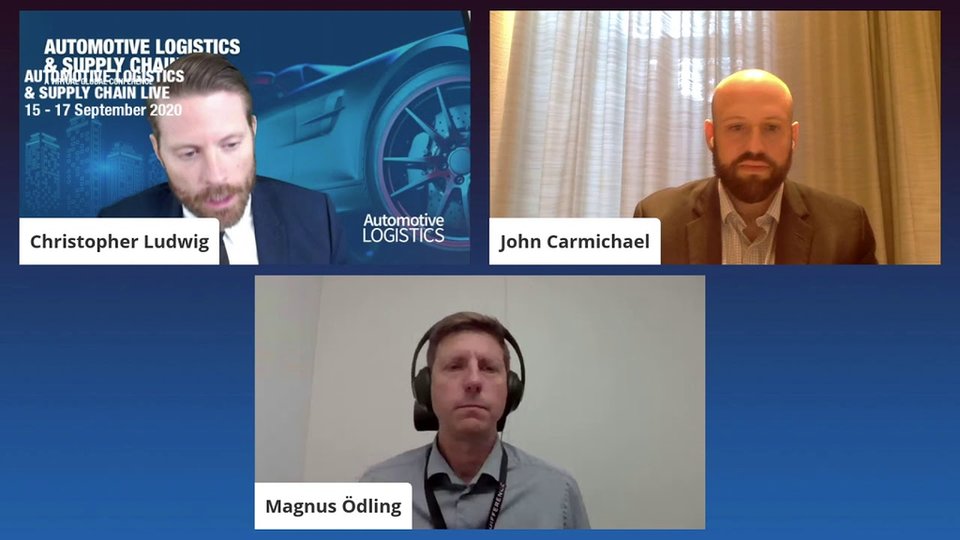 Watch: the logistics complexity of launching EV production at Volvo in Ghent

Reducing complexity is crucial to remaining responsive to the market and staying cost competitive. According to Ödling, the transition to making EVs will ensure the company secures profit as sales of electric vehicles grow.

“That goes for us in logistics and the expectation on my team to continuously deliver cost efficiencies, which also goes for colleagues in R&D and procurement,” he said.

Ödling thinks that this priority would have an indirect positive effect on the development of the supply chain. With less complexity in the number of parts and therefore fewer suppliers, Volvo would develop a more efficient network for the third generation of electric cars.

At the same time, however, Volvo is making the XC40 Recharge on an assembly line also making the XC40 ICE and XC40 plug-in hybrid, which is adding further derivatives and variability in the supply chain.

“This is adding a lot of parts and suppliers, adding complexity, and adding fluctuation,” said Ödling. “It necessitates proper planning and good forecasting.”

As does the type of packaging needed to move battery components in a sustainable and safe way – an especially hot topic at Volvo.

“[EV packaging] is virgin ground and we have one opportunity to do it properly from the beginning,” he said. “Hence we spend extra time, energy and resources understanding what we need, which models we can put in and which business model we should go for, whether rental, own or lease.”

Dealing with the new complexity involved in EV production, and making moves to try and reduce it, is one of the things Volvo is relying on its logistics providers to help with.

“To make an EV many things are different than with a regular thermic vehicle,” said Bruno Constans, director of innovation at logistics provider Gefco. He acknowledged that there would continue to be added complexity given that vehicles with internal combustion engines would continue to be made alongside EVs in the years to come and that adoption rates would differ regionally.

“What do those changes mean from a supply chain perspective? They mean more complexity to manage, that is for sure,” he said. “Cost and efficiency are a consideration because we are doing all this under economic constraints. We must provide the right supply chain with competitive offering.”

Gefco is also cognizant of the new demands on the supply chain brought about by the need to transport, charge and recycle lithium batteries.

“Gefco has taken an overall view of the supply chain of EVs and not just from the battery perspective, although the battery is at the core of all the changes that are taking place and it is strategic to know how to deal with batteries in the supply chain in the future.”

As lithium batteries are designated Class 9 dangerous good by the UN Model Regulations
those tasked with moving them need to be compliant with how to transport them properly. The current European standards relating to the transport and storage of lithium-ion batteries are based on standards set in place by the International Electrotechnical Commission (IEC). These outline how to test batteries for their safety and suitability for transport, as well as how to package, label and transport them as a dangerous good.

John Carmichael, global head of automotive at integrated shipping company, AP Møller-Maersk, also acknowledged the greater complexity in the supply chain. He pointed to the use of digital tools to manage the end-to-end sourcing of materials. Maersk has been extensively using blockchain technology to more accurately trace battery movements between China and Europe, for example. Maersk kicked off the blockchain initiative with IBM back in 2017 with the aim of improving transparency, efficiency and productivity in the cross-border shipping industry globally. 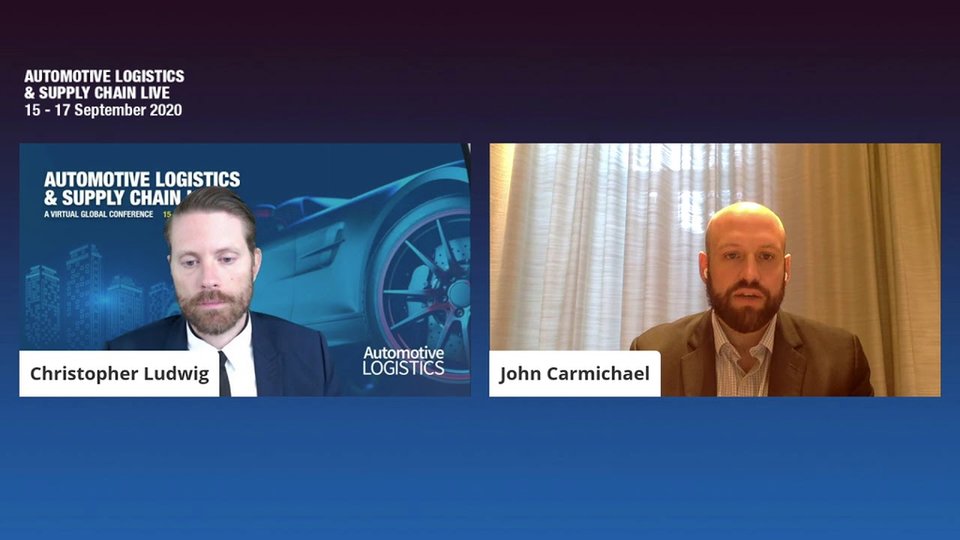 The challenge is connecting suppliers that are new to the automotive industry in the provision of batteries and other parts into a single efficient supply chain, according to Carmichael. He said that was achievable either through dynamic flow control and the ability to make lead times more predictable, or by being as reactive as possible when there were limitations on air travel. “There are several aspects that have to be explored,” he said.

Limitations on air freight were a feature of the pandemic, leaving many frantically searching for alternative modes of transport or alternative sources of parts and material supply. That was a problem exacerbated by the regionally different regulations governing the movement of batteries or the cars powered by them, though that is not exclusive to air travel.

Gefco uses rail to move batteries to Europe from China and Constans said legislation in China was evolving in a way that had to the potential to enable it to better sequence the transport from there.

The other issue is what difference to the supply chain will be brought about by the set-up of new factories for EV production in Europe that will inevitably bring battery factories closer to the plants using their products.

“That will change the equation,” said Constans. “It is a from a logistics standpoint that we follow the decisions of carmakers and governments, and what is happening from a pure production standpoint. What we are seeing now is far different from what we saw in the traditional car industry over the past 15 years.” 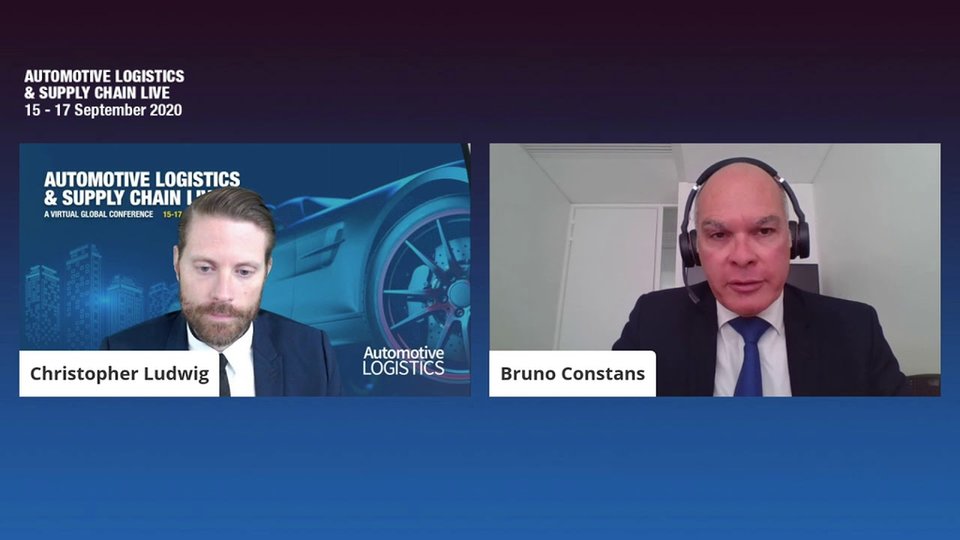 Electric vehicle start-up Lucid Motors is also in the process of launching its first vehicle, the Lucid Air. Read about how it is working with its logistics providers to secure the launch and a secure outbound logistics network in the next article

Adding this [battery] self-assembly of a new part into the plant, which is heaviest and most expensive part we have ever built into a car, deserves the focus of attention. The supply is very important and hence the connection to inbound logistics

[The Recharge] is adding new challenges, new flows, new volumes and new part numbers, and a new global supply chain into our business

The automotive industry has been good in involving the tier ones in the design process and actually being a part of the development of the vehicle. I would like to see this extending to the LSPs